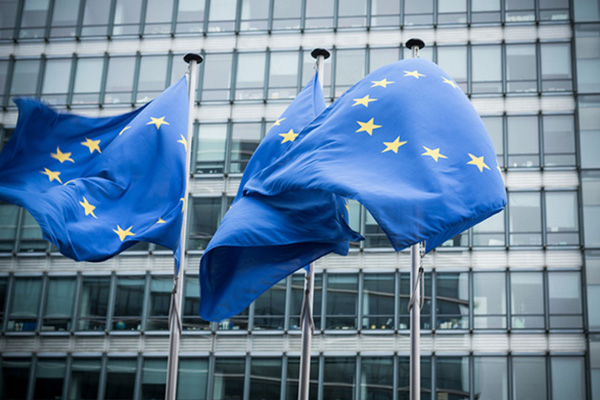 The euro is presently the world’s second biggest reserve currency after the US dollar, standing for roughly 20% of foreign currency reserves held by governments and used for value storage, international transactions, investment, and other purposes.

Other major characteristics include a healthy underlying GDP-to-debt ratio, strong balance of payments position, and the availability of large and appropriate securities denominated in reserve currencies.

Of course, if you think of the US dollar example, the high and ever-rising government debt is not necessarily a drag to its major reserve currency status, as the big selection of trusted securities and the percentage of international transactions done in US dollar terms gives the greenback its credibility.

Is the same true for the euro?

In this article, we will lean on the two facets of the euro: a reserve and a procyclical currency.

The reserve currencies tend to pay low interest to their holders. Nowadays, we even talk about negative interest rates.

In this respect, we have seen a deluge of capital flows into the single currency during the Covid-19 sell-off that hit the financial markets in the first quarter of 2020.

The euro recorded sharp gains versus the beta currencies, such as the Aussie and the Kiwi. The EURAUD rose to the highest levels in more than a decade, while the EURNZD spiked above the 1.90 mark for the first time since 2011. The single currency appreciated by more than 20% against the Turkish lira between January and May and near 35% versus the South African rand.

Improved market sentiment in the second half of Q2 eased the buying pressure in euro against most currencies cited above, except the lira.

Meanwhile, the nominal effective exchange rate (NEER) of the euro, which represents a weighted average of nominal bilateral rates between the euro and a basket of foreign currencies, rose sharply between January and March, eased into May, and rebounded to the highest levels since September 2018 by June, hinting that the fluctuations in the euro have been negatively correlated with the overall risk sentiment across the global financial markets. Demand for euro, the reserve currency, remained strong at times of economic distress. Though, the limited euro appetite against the yen and the Swiss franc was an exception due to the latter currencies’ irresistible safe-haven appeal.

The euro’s appreciation on a trade-weighted basis could come as a surprise for those traders who have followed the euro’s movements through the EURUSD pair during the Covid crisis. In fact, the euro’s behaviour has been closer to what we would expect from a procyclical currency against the US dollar: appreciation in good times and depreciation in bad times, the exact opposite of what could be expected from a reserve currency.

And because the EURUSD is by far the most traded currency pair across the globe, it is worth examining what factors may have driven this behaviour.

Why did the EURUSD didn’t reflect what was going on in the euro markets elsewhere?

First, the global dollar rush in March has not left any currency unscathed, including the yen, Swiss franc and the euro. The EURUSD tumbled 7.5% between February and March and since then, the pair has been fluctuating parallel to the global risk sentiment against the greenback, in a typical procyclical pattern – higher when the risk appetite is strong, lower when the risk appetite is soft.

The latter is not necessarily due to the steep rise in Eurozone governments’ debt to support their economies heavily hit by the Covid pandemic, but EZ policymakers’ inability to find an agreement to co-finance the area’s skyrocketing debt. The peripheral European countries such as Italy and Spain which have long suffered strict austerity measures to manage their debt levels, found themselves in a tough position, obliged to boost their government spending no matter what as they have been the most heavily hit spots by the pandemic, while the ‘Frugal Five’ including Austria, Denmark Germany, the Netherlands and Sweden, remained skeptical faced with the uncontrollably climbing southern debt.

On top, the German court of justice attacked the European Central Bank (ECB) regarding its massive government bond purchases program, raising questions about the viability of the bank’s ultra-loose monetary policy and hindering the Euro area recovery expectations by the same occasion.

But the wider picture reassures that none of these concerns has necessarily damaged the investor trust in euro.

The European governments are working on a historical 750-billion-euro fiscal aid package at the time of writing, and the ECB remains on track for more asset purchases, convinced to have the right arguments to justify its overreaching policy decisions and carry on with its immensely supportive monetary policy.

Therefore, the euro is and will remain a solid reserve currency despite its procyclical behaviour against the greenback. Hence, this precious reserve currency status should limit the single currency’s potential of depreciation versus the US dollar near parity in case of renewed global headwinds across the currency markets.