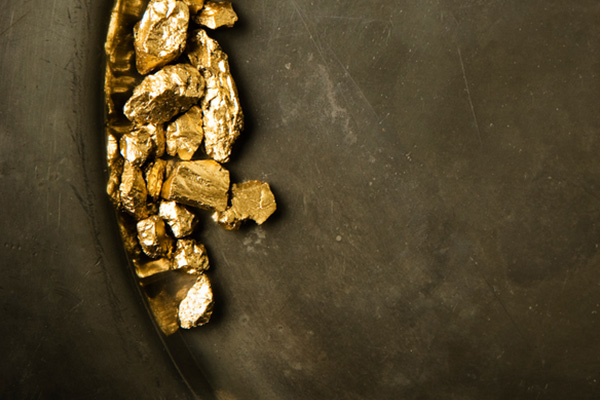 Gold soared to a fresh eight-year high this week, surpassing the $1800 per oz resistance, as investors piled into the yellow metal regardless of a resilient risk appetite and sustained rally in global equities.

Demand in precious metal remains solid in both positive and negative market conditions. The negative correlation between gold and risk assets is no longer a given. In contrary, the risk rally in equities following the March dip gave an additional boost to gold prices. Investors increased their gold holdings along with their risk positions. And big banks including Goldman Sachs and Citigroup anticipate that gold will break its 2011 record of $1920 and advance to $2000 per oz.

There are two solid drivers behind the bullish valuation in gold: rising inflation expectations and low sovereign yields.

Gold has proved to be an efficient hedge against inflation over the long term, mainly due to historical reasons. In the past, banks would hold physical gold to back their money supply. Therefore, the expansive monetary policies which tend to boost inflationary pressures would require a parallel increase in gold reserves and push the price of the precious metal higher. As such, gold would offer a good protection against inflation.

Today, there is no longer an established relationship between the money supply and gold – if there were, there wouldn’t be enough gold on the face of earth to back the massive monetary expansion that has been going on since more than a decade.

In fact, the major central banks led by the US Federal Reserve (Fed), the European Central Bank (ECB), the Bank of England (BoE) and the Bank of Japan (BoJ) have been expending their balance sheets significantly to boost liquidity in the financial markets, hoping that the additional funding would improve business activity, fuel growth and increase the consumer price inflation towards the central bank targets. In developed economies, the inflation target is near 2%, which is believed to be a healthy level for supporting the underlying economic activity.

The Fed’s balance sheet, for example, soared from 1 to above 7 trillion dollars since 2008. This number represents 33% of the US gross domestic product (GDP). The BoE’s balance sheet stands for 31% of the UK GDP, the ECB’s for 53% of the Eurozone GDP and the BoJ’s for 119% of Japan’s GDP.

In some economies, such as the US, the UK and Australia, the expansive monetary policies boosted inflation, though the inflation levels never overshot above the 2% target despite massive cash injections in the financial system. In other places, such as Japan and the Eurozone, the inflation never really picked up, giving those central banks a stronger case for more monetary easing.

Today, even though the inflation expectations remain low, the ultra-lose monetary policies continue dragging the sovereign yields to such low levels that even the slightest inflationary pressure would push the real rates to the negative territory, if they are not there yet. Therefore, the idea of investing in safe-haven sovereign yields is gradually repelling for investors. By the same occasion, the opportunity cost of holding gold which is not an interest-bearing asset is lessened.

In summary, the low opportunity cost of holding gold and the risk that the slightest inflation would drag the real sovereign yields to negative territory provide a solid ground for a strong gold.

Moreover, the equity price inflation is an undeniable fact as a result of massive central bank interventions across the globe. There is an increased risk of sudden burst in the global equity bubble. Therefore, the rise in equity markets isn’t always coupled with a solid risk appetite. The latter explains why the negative correlation between gold and equity prices doesn’t hold anymore.

If we come back to our earlier question, whether it is possible for gold to aim a further advance to $2000 per oz, the answer is yes: there is a stronger case for a further advance in gold prices. And given the underlying market conditions – massive monetary expansion, zero-to-negative interest rates, increased risks to the global growth, an advance to new historical high in gold would not be an extraordinary move.

In fact, if the equity prices are valued at their historical high levels despite the morose underlying economic conditions, then gold could definitely aim an all-time high on its turn.

However, the CFTC data suggest that the net speculative long positions in gold remain at very high levels, meaning that there is a high risk of a sharp downside correction if investors judge it is time to realize profit and walk away. In this respect, and as we have seen in 2011, a sharp downside correction in gold is inevitable and the prices could slip back towards the $1500 mark in a rapid move. However, the timing is uncertain. The rally in precious metal could well stretch towards that $2000 mark before a sizeable correction happens.