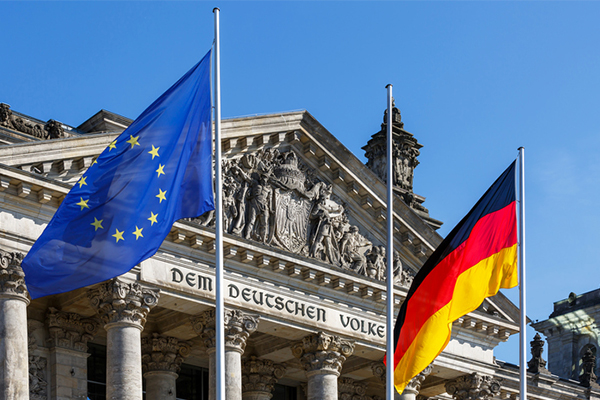 The German Federal Constitutional Court concluded on Tuesday that the European Central Bank's (ECB) Public Sector Purchase Programme (PSPP) which has been tickling some officials and businessmen since 2015, does not violate the prohibition of monetary state financing, but challenged the European Court of Justice's position regarding the compliance with the 'principle of proportionality' – meaning that the ECB may be going too far, well beyond an acceptable scope of action in its pursuit of inflation. The former ECB President pledge to revive inflation ‘whatever it takes’ is therefore not popular among German policymakers provided that the ECB’s massive bond purchases clearly interferes with the financing of government debt and thus, becomes a political concern.

Hence, the German court decision raised concerns that the Bundesbank may no longer participate in the implementation and execution of the ECB’s bond purchases program moving forward, unless the ECB’s Governing Council ‘adopts a new decision that demonstrates in a comprehensible and substantiated manner that the monetary policy objectives pursued by the PSPP are not disproportionate to the economic and fiscal policy effects resulting from the programme.’

Objectively, somewhere on the way, the measures taken by the ECB have probably become disproportionate given the amount of government debt the bank has been purchasing since a decade. So, what will happen now?

Despite controversies, the Bundesbank will probably continue its bond purchases, while waiting for a justification of proportionality from the ECB council within the next three months.

But during this period, the upside potential of the single currency will likely be limited, as the risks of Germans not accepting the ECB’s justifications will remain on the back of any euro trader’s head.

More importantly, the German decision on PSPP gave a warning that the current Pandemic Emergency Purchasing Program – which involves the purchasing of 750-billion-euro worth of extra government debt, may also be at jeopardy. At the current pace of purchases, the PEPP will hit its limit by October. While, until this week, the most plausible scenario was the extension of the program by additional 500 billion euros, investors will now need to scale back their expectations.

As such, the German court targeted the PSPP, but its decision may actually hit the PEPP.

Now, it is also worth noting that the ECB’s bond buying program is the only solid weapon that investors have been relying on since the beginning of the coronavirus crisis, as European finance ministers have ruled out the issuing of the joint corona bond – again with the opposition from northern countries including Germany, and the extent of the latest fiscal stimulus package remained cloudy as officials could only agree on a $540 billion fiscal stimulus package over $2 trillion envisioned. The rest has been sent to the European Council and nobody knows what will come out of it, and when.

In the currency markets, we have seen the euro falling from grace on the back of a forced unorthodox shift in ECB expectations.
Normally, the possibility of slower bond purchases should have given a boost to the euro, as it would mean a tighter euro liquidity in the market and a higher valuation for the currency. But at this point, investors are scared that, first, the recovery following the historic coronavirus-led economic slowdown would be slower with diminished help from the ECB. And second, the future of the European currency union’s integrity is at jeopardy given the important frictions at the heart of an imperfect union.

Finding a compromise among such different political regimes is a challenge. It has always been. But it becomes more critical as the size of the cake shrinks. Therefore, either the European currency union will come out of this crisis strengthened, or the future of the euro could be in danger.

In the short term, euro traders will probably be tempted to trim their long positions until there is more clarity on either the monetary or the joint-fiscal areas. Price advances could be interesting top-selling opportunities for strengthening bearish euro positions. Next support is seen at 1.07 against the US dollar, if cleared, should encourage a faster EURUSD sell-off targeting the 1.05 psychological mark. On the upside, the 1.10 barrier could be hard to surpass.

Against the pound, the euro could extend weakness toward the 200-day moving average (0.8650) and below.