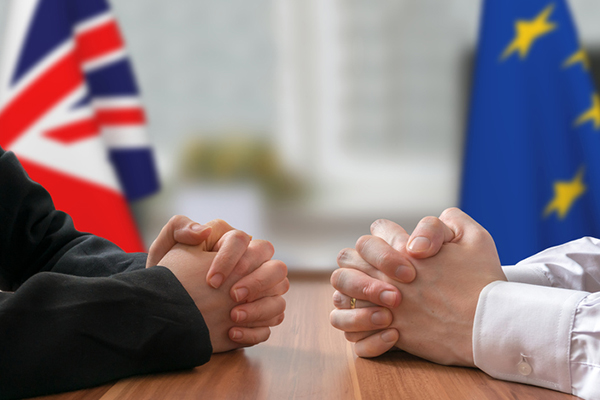 Sterling traders were focused on leading economic data release this week. The overall picture was not discouraging; the strong headline figures gave some confidence to investors.

Digging deeper in some figures however, one could tell that the underlying fundamentals are not as rosy as the headline data suggested and the risks to the British economy remain strongly tilted to the downside.

The retail sales in July rose 3.2% according to the British Retail Consortium (BRC) data. But the second consecutive month recovery in retail activity hid serious discrepancies among businesses. Food sales remained strong, but impulsive purchases continued worrying as households refrained from hitting the shops and tourists lacked. Online shopping made up to 40% of retail sales and will unlikely decline as the virtual shops offer a safe environment amid mounting new infections and the second wave worries.

In the labour market, the British jobless rate remained unchanged at 3.9% in June, while analysts were ready for a jump to 4.2%. As much as 220’000 workers lost their jobs in the three months to May, and the jobless claims jumped to 94.4K in July hinting that the improvement we have seen a month earlier remained short-lived.

While the number of job losses is thought to be under control so far, thanks to the government’s furlough scheme which allows businesses to let their employees go temporarily without however ending their employment relationship for good, the government’s job retention program is due to end by October and cause a sharp increase in unemployment figures across the country.

Meanwhile, the latest figures show that the levels of employment continue retracting despite the steady unemployment rate. This means that finding a new role is not easy with businesses suffering the pandemic slow down, and the situation would even get worse with those employees joining the pool of jobseekers at the end of the furlough scheme.

Combined with plunging wages and falling business investment, the numbers are not as promising as they appear to be.

Then, the worst GDP plunge on record came as no surprise, confirming that the British economy contracted 20.4% in the second quarter. Though slightly better-than-expected, the pandemic induced recession in the UK has also been the worst among the European nations. The business investment tumbled more than 30% in Q2, as the index of services dropped 20% - a severe sentence for a services-based economy.

Pound traders found the rebound in July production (+10%) and construction output (+23%) encouraging. But the recovery should be sustained to push the activity to pre-pandemic levels and the UK has another major crisis it must deal with in the coming weeks and months: the Brexit.

The Brexit negotiations continue without material progress as British and European negotiators have hard time finding a compromise on sticking points including rights, regulations and subsidies, fishing, and Northern Ireland.

The UK has officially left the EU and entered the 11-month transition period on 31 January 2020. As the deadline for extending the transition period has passed, and Boris Johnson maintained his strict position against a longer transition period, the next important deadline is December 31st. The two parties will continue working on a trade deal until this date. If there is no progress, the UK will leave the EU with no deal, and the latter will likely be another hit to the country’s economy already shattered by the 2020 pandemic.

Under these circumstances, it is quite clear that the sterling’s recent rise against the US dollar wasn’t due to the pound appreciation, but rather to a broad-based US dollar depreciation that pushed Cable to its pre-pandemic levels.

But the sterling’s currency index which tracks the pound’s overall performance against a basket of currencies fell to the lowest since the 2016 Brexit vote and remained near these levels despite substantial gains recorded against the greenback.

The CFTC data, on the other hand, shows that the net speculative positions in sterling were steadily negative since the beginning of May, as a confirmation that the market remains comfortably short sterling, but the decade-high USD shorts have been hiding the sentiment in GBP from a dollar perspective.

As we move towards the year end, the lack of progress in negotiations will increase the no-deal Brexit risks and apply an increasing selling pressure on the pound. Hence, even though the US dollar continues dragging its feet against the majors, sterling may not continue profiting from a cheapened US dollar and start pulling lower.

If the worst but quite probable scenario of no-deal Brexit materializes, the sterling-dollar parity will likely slip to the 1.10 mark, giving the pair a substantial downside potential for the coming months.

Therefore, we believe that the end of summer could mark the end of the Cable’s strength and the beginning of a pullback towards the medium-term bearish trend against the greenback. Therefore, price advances at the current levels could offer interesting top-selling opportunities for medium-term short positions.